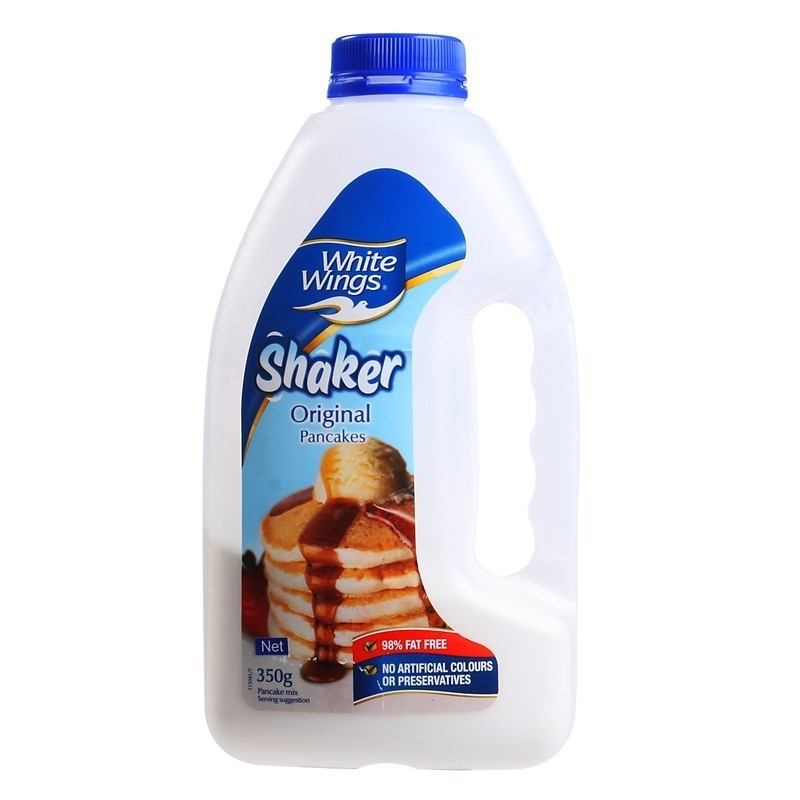 Soo, now that I have attained Pancackle Journeyman status, wherein I can craft satisfying, fluffy variants of my own pancackles that look like photo shoot pancackles, I have realised something. O.o

...I know why these half-empty pancackle mix bottles work!

See, I've always thought it was kinda nuts that people bought these things. 'Woot! Guys! I have an idea! Let's sell half-empty bottles to people and sell it as a feature! They'll totally buy it and we'll make even moar money!' >.>

But nao, nao having attained Pancackle Journeyman status, I know WHY! And I know why it works!

I figure it's 'cause if you are a Pancackle Noob, and you don't know how Pancackles work, you don't realise that the number one transformer of Fluffy Pancackles of HAPPY into Rubbery Pancackles of SAD is... overmixing of the flour.

Enter the shake-it-around-half-empty-bottle of pancackle mix, which a pancackle noob is far less likely to overmix. With these half-empty bottles, Pancackle Noobs add water, shakeshake, make pancackles that are (hopefully) fluffy, and they go, this is AWESOME!

(That being said, if I had understood Pancackle Principles, I probably would never have come up with these gorgeous white chocolate pancackles, which basically break all the rules of fluffiness I outline above, but are still utterly amazing.)