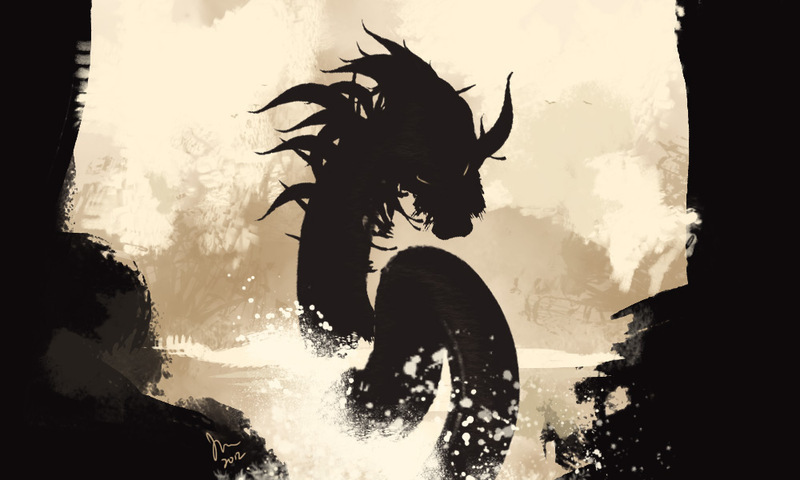 Yus, I know, I totally slacked on the weeklies last year. XD

Hopefully the drawing jams from CGHUB will get me more motivated this year. 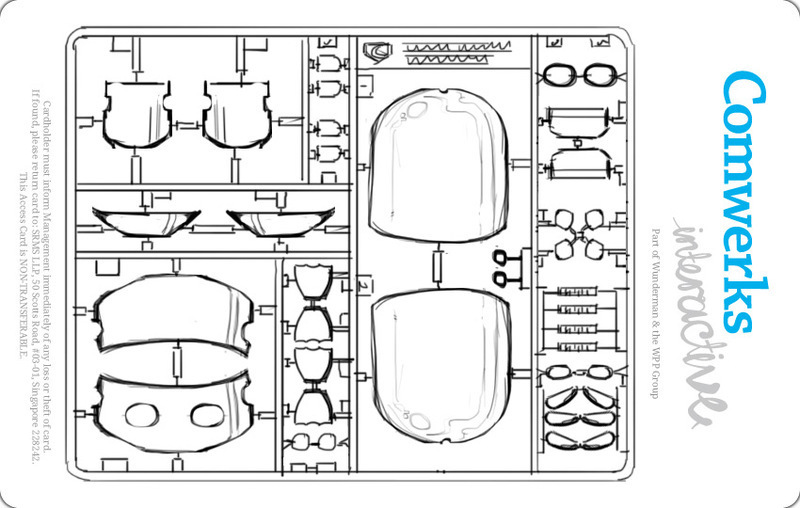 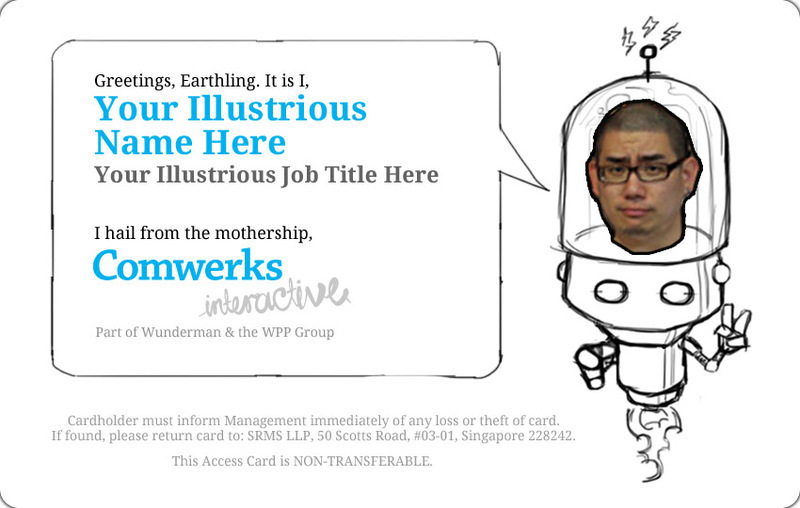 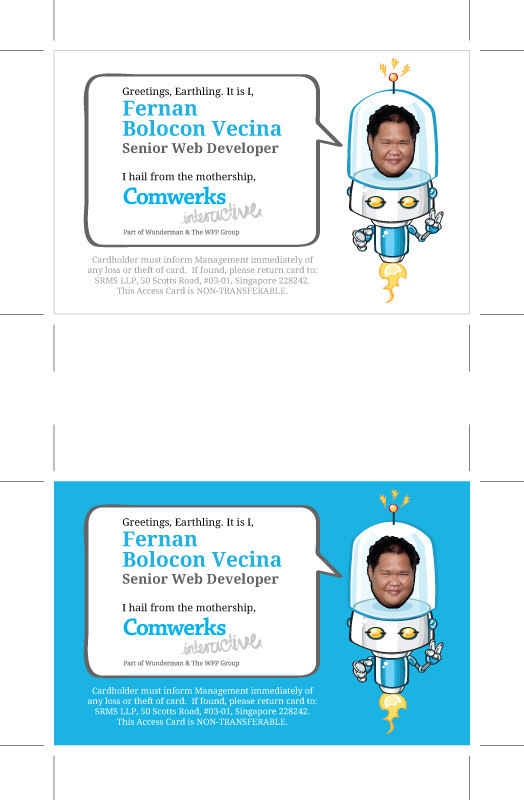 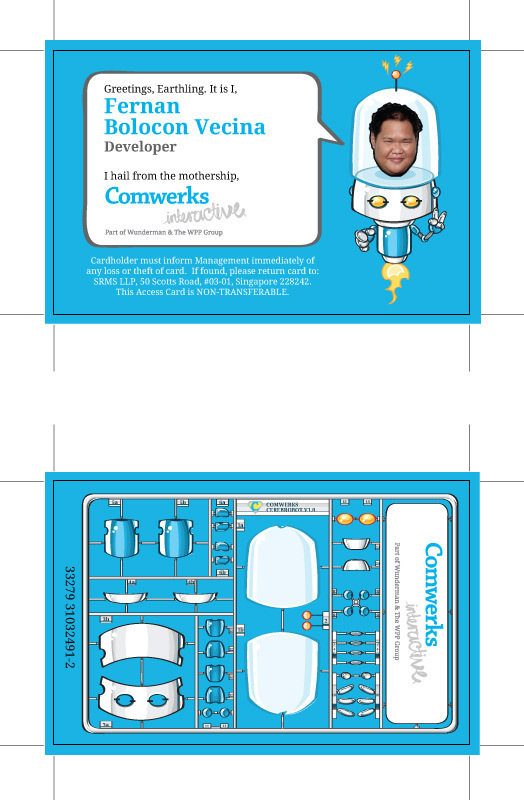 This was really done for something at work, but let's ignore that okay. Kyoot is not my forte. 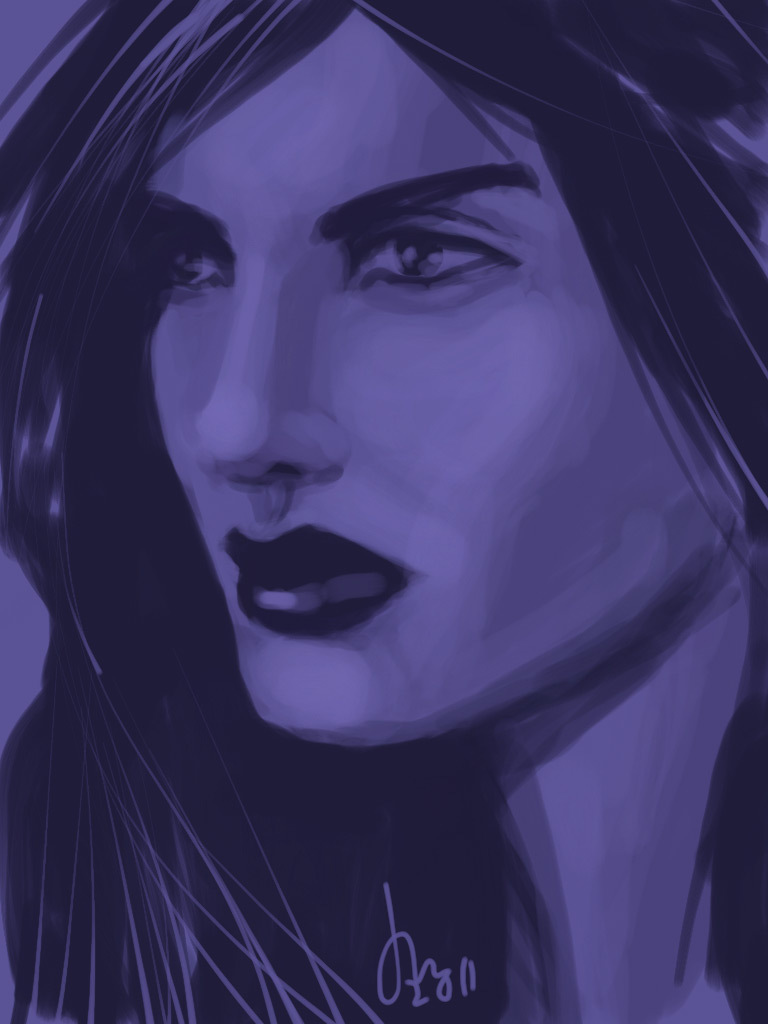 The finished piece is adjusted for a little more contrast and brightness than the Brushes original - didn't realise my base was too dark when I started.
Download bess-1x.mov
Also, pardon the epileptic-fit-inducing bit at the start, where I pick my background colour. That'll teach me to keep filling new colours instead of undoing, THEN filling. If I were to undo, then fill, Brushes wouldn't keep a record of my schizoid colour-picking procedure, you see. ;) 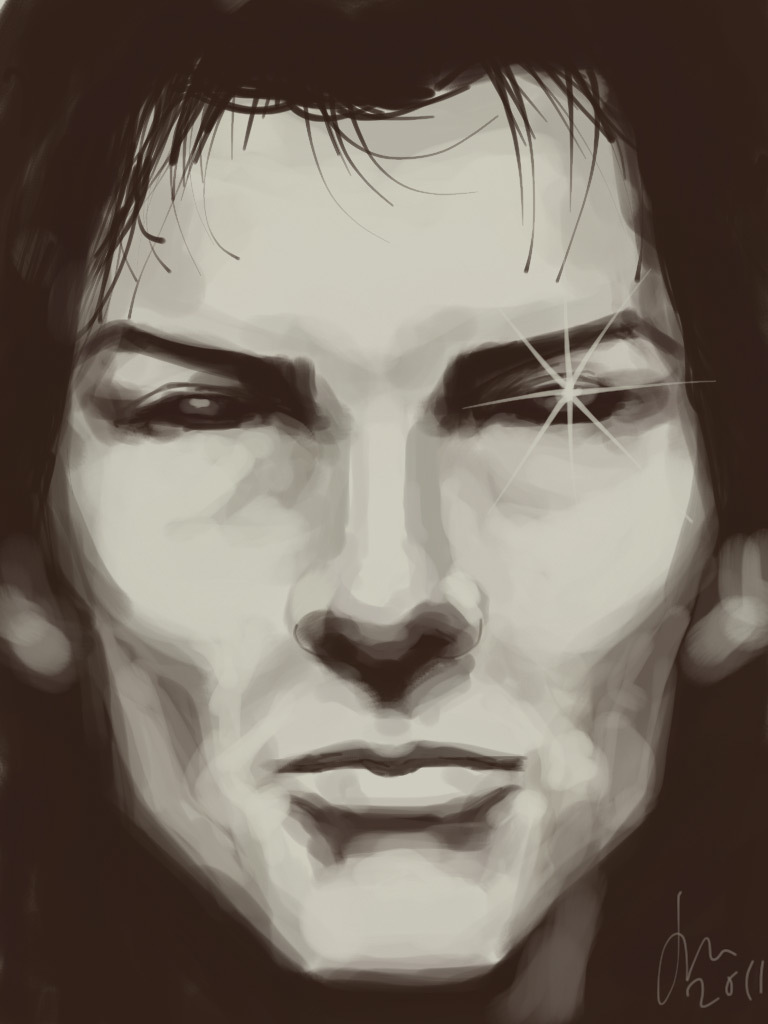 And thanks to Brushes nifty replay feature... we can has movie! Done with my nifty new DIY stylus!

It must be said that the replay thingie makes me look leeter than I am, since it doesn't record undos, and I did a couple of those when doing the star in his eye. However, the medium is so responsive that I'm not undoing much at all, just overlaying more paint, etc.

Will finish/update later, but so far, I like Brushes more than Sketchbook Pro - the interface just seems easier to use.

Sorry about the flip-flop-flipping - seems I accidentally duplicated layers without meaning to, and so had to get rid of them. Lettuce pretend it's a special effect.

While we're at it, lettuce pretend this is the poor abandoned Weekly Nuggetsketch, shall we? 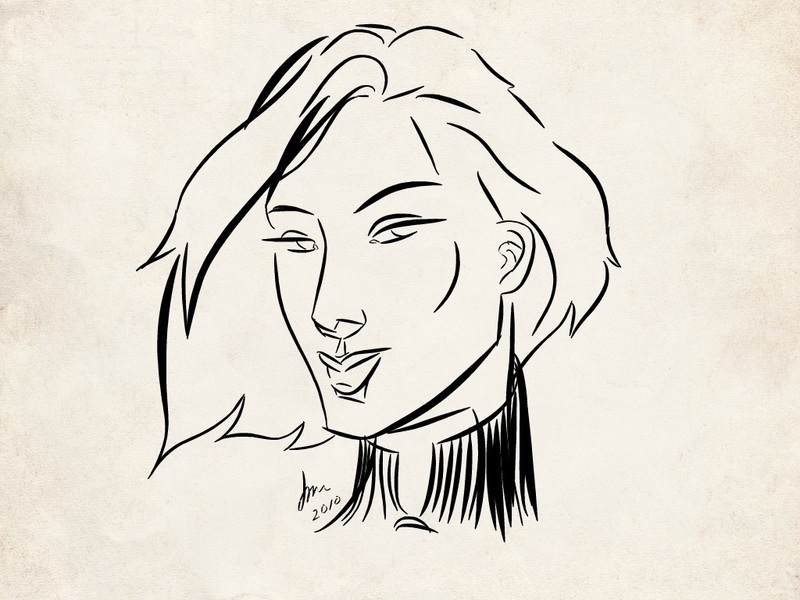 My first attempt with a new program - Livebrush.

Livebrush is interesting for a couple of reasons, not least among them that it seems to present a more intuitive and fluid way to work with vector brushwork than Illustrator.

Takes a bit of getting used to, though, because what dictates the width/strength of the lines isn't pressure, but speed. The faster I move my brush, the fatter the lines I get.

That being said, I am a total nub at this, so it's entirely possible that there's a way to adjust so that the lines respond to pressure, and not speed.

The program itself seems pretty nice in terms of responsiveness, and the kinds of lines that are generated. Especially nice is that for just US$10, I'll have the option to export the entire thing as vector shapes.

I'll probably play with this some more on my upcoming holiday.

I also find it interesting how adapting to / learning this new tool has resulted in something quite far (I think) from my usual linework... Omm! 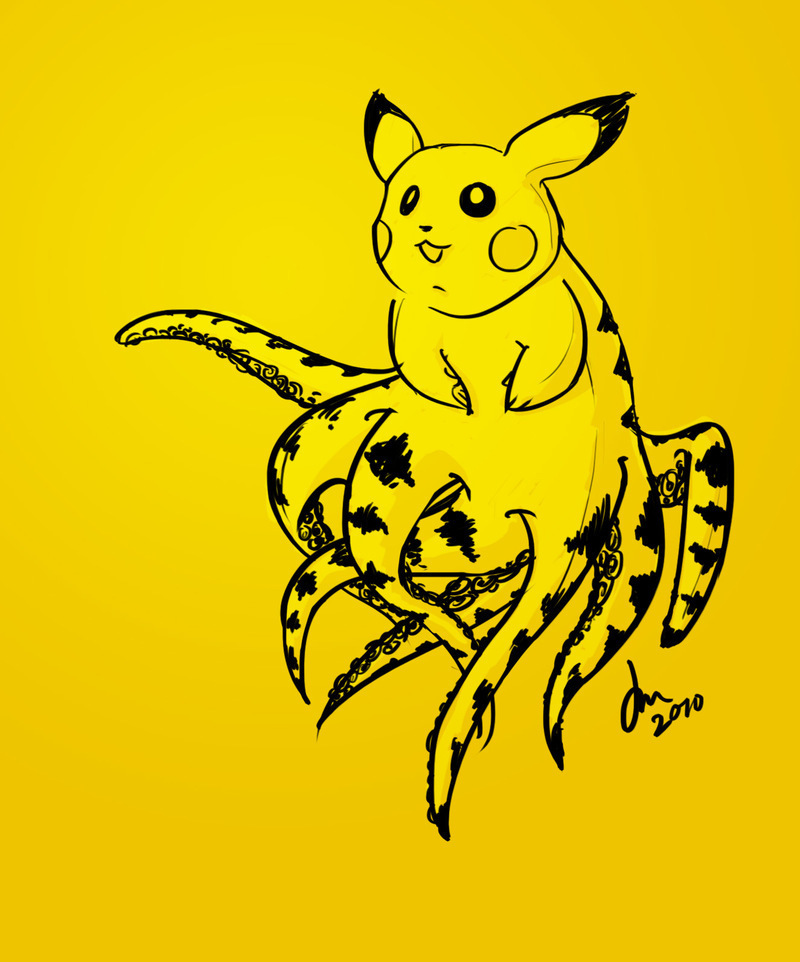 ...maybe next week I'll do a Quylthulg. 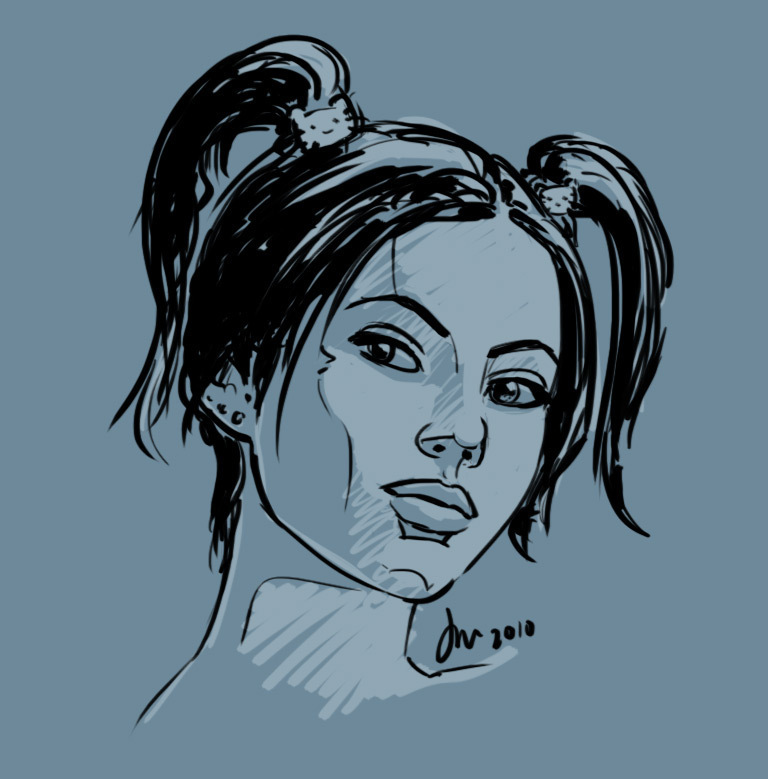 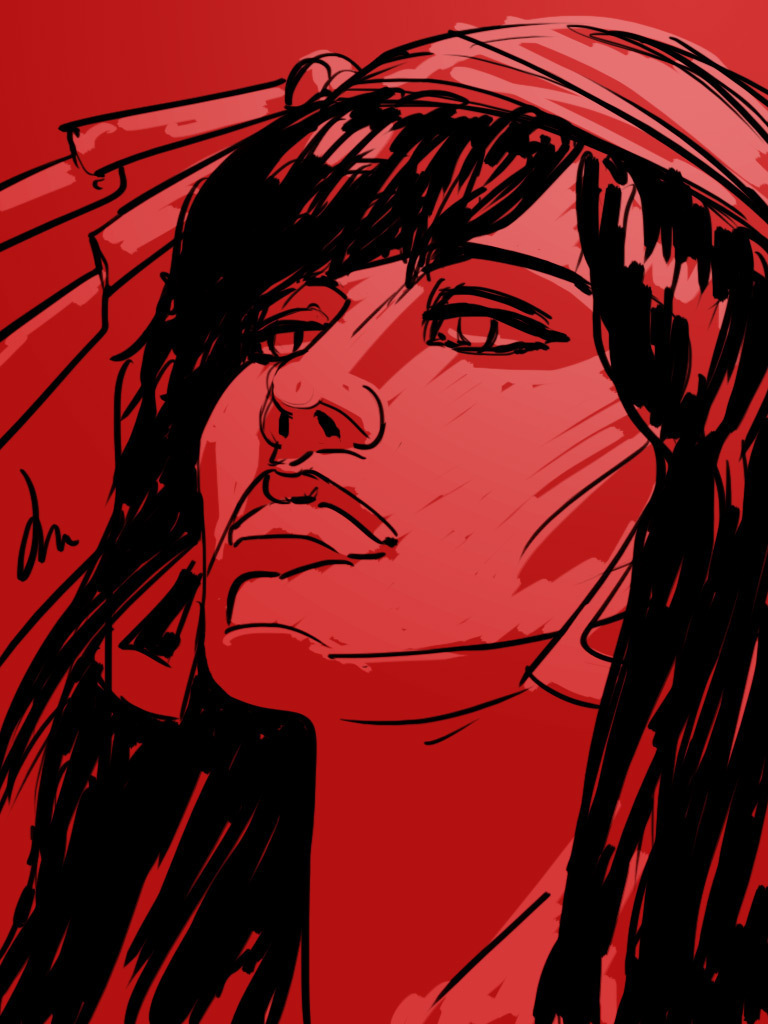 Having been horribly, horribly lazy about sketching for the last month, I am attempting to get back into the habit.

Back when I was a wee, crispy nugget, I used to read a whole lot of comics. One of the graphic novels I really liked was Elektra: The Lost Years, by Frank Miller and Bill Sienkiewicz. Sienkiewicz is still one of my favourite artists.

And so to get back on the sketching wagon, as it were, here's Elektra. 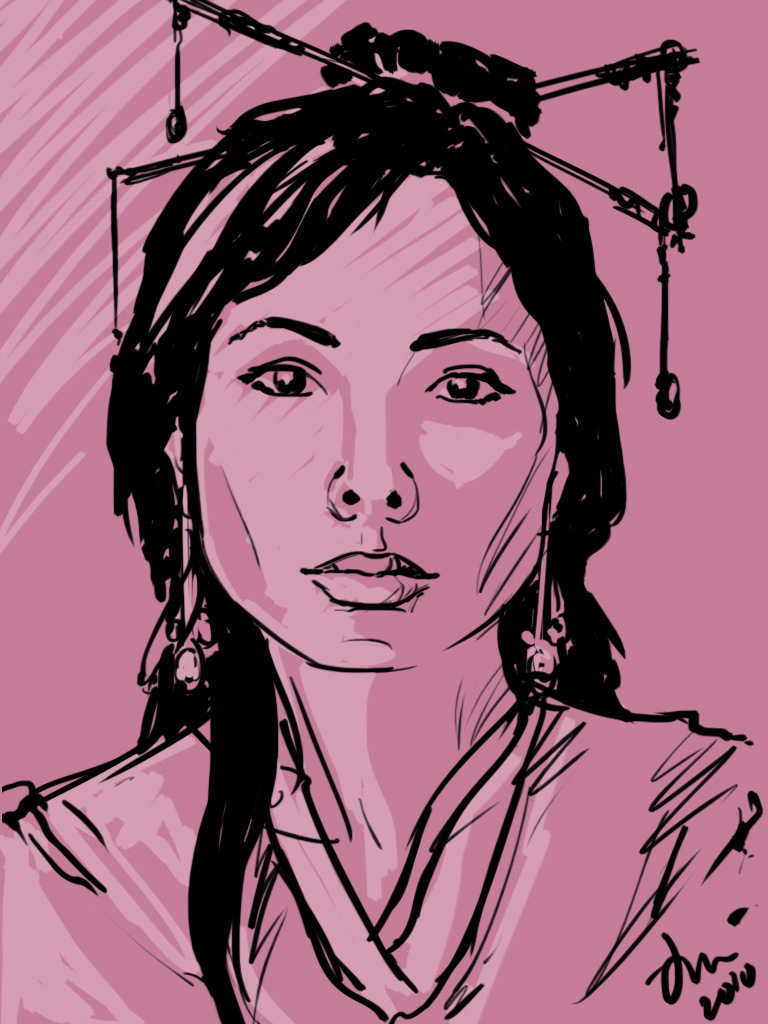 This week's whimsy courtesy of the fact that I start my taichi classes tomorrow. Guess I'm more excited about it than I thought.