A friend bought me Dragon Age a while ago, which was a big deal to me because it's the first non-work-colleague-given-present I've received in years. (Yes, I is a patheticnug.)

But to my horror I found that despite having played RPGs for years, once I started playing Dragon Age, I found that I just didn't like the game much.

I know this game has garnered rave reviews from lots of places, and good friends are raving about it too. They assure me that the bickering is funny, and that it 'gets better'. (I'm now... actually I have no idea where I am. I've forgotten because I've been avoiding playing the game. I do know that the last time I could bring myself to play it, I had just picked up that big brown party member with the white hair...)

I think the problem is I don't like ANY of my party members except my dog. XD The bickering isn't funny to me. I wish they would just shut up, permanently! And I wish I didn't have to pussyfoot around all their likes and dislikes, even though they can be bribed with gifts. In short, when I prod myself into playing Dragon Age, I feel exactly the way the title of this post says. AAAAAAAAAAAAGH I'm in a bad PUG and I can't get out!

And so I avoid The Bad Dragon Age PUG. And feel guilty.

A while back, I bought a beautiful illustrated edition of the poem Beowulf, translated by Seamus Heaney and John D. Niles. I plopped down on the couch and stuck my nose into my lovely new book, with all the wonderful heft and flop that only good paper has. I hadn't gone beyond the first five verses before I was hit by a terrible wave of homesickness... for LegendMUD.

I could suddenly see Hygelac's mead hall, with women of the Geats wandering about. I could hear the songs praising Hygelac as a gold-giver. Vivid memories of crawling along a ledge above the lava to peer down at the dragon Fadhmir, with death just a mis-step away (thanks to that deathtrap in the lava...) washed over me. And I abruptly missed the world of LegendMUD so much my heart felt like a stuffed toy clutched by a distraught child. =/

Very often, when people talk about virtual worlds, they say that it's the people that contribute to them sticking around. That the social connections and people they meet mean more than the world, in the end. In terms of MMOs, I think it's certainly true. But for me and LegendMUD... I'm not so sure. The things I miss so much, that my nuggetty heart fills with longing to see again, that - honestly, if melodramatically - I'm still brim-full with love for, are not the players. If I had a chance to mosey around a LegendMUD empty of people, to visit all my old haunts, and just totally sink into that rich world again - I'd take it in a heartbeat. Oddly enough, it's very much the fact that I might still know some people there, or even worse, that they might know me, that makes me certain I'll never go back again.

Don't get me wrong. I love LegendMUD very, very much. For a newbie, the community is superb. I've been saying for years to anyone who'll listen: if you only ever play one MUD, make it LegendMUD. It's that good. And having played at least 750 MU*s over my MU-ltiverse hopping nuggetlife, I'd say I have a fairly decent gauge of which MUDs are worth playing. LegendMUD is the best MUD I've ever played. It may be one of the best games I've ever played. It is certainly the best digital world I've ever lived in. I'd go so far as to say it's the only digital world I've ever lived in.

I'll recommend LegendMUD to anyone and everyone... but I also tell the recommendees that I simply cannot and will not go back. Not even to show them around.

This, naturally, leads to a certain amount of, 'Uhh, but nuggeet. If it's so great, why won't you go back and play wif me?' =/

And then it gets hard to explain. But since I've spammed this much, struggle gamely on I shall, and without any regard to political correctness!

To a nugget, LegendMUD is like the girl you thought you would spend the rest of your life with... until she broke your heart into so many teeny tiny pieces that even crazy glue + an OCD sufferer could never be able to put it back together again. You still love her so, so much. You want only good things for her. And you can never stand to see her again.

I left LegendMUD just over 5 years ago, after playing for 8. And you know, I think I'm still not over her. Maybe you never get over that girl. You might grow wiser, older, and more peelosopical... but there's always an empty room in your heart where she used to be.

...but she can sure feel homesick down to her very bottomest batterbits. :(

Which leads to the pondering - could it be that people so often cite the 'community' and 'social ties' as reasons that keep them to a world, especially with regards to MMOs, precisely because those worlds are so hollow? Comparing MMO worlds to LegendMUD (or any decent MUD) is like comparing Twinkies to a full course meal. The difference in depth and richness is that great.

If we had more digital worlds that our minds could live in, instead of just chasing achievements and pretty graphics, would there be more people citing the world as a thing to love, and a reason to stay?

Or is this nugget just Not Normal?

Really fascinating stuff on consumer spending patterns when it come to games - though it has implications that go further than games.

For almost every game I play, one of the first things I do is...turn the music off. The only other game to recently escape this fate was Sacred Gold.

Jade Dynasty, however, has a gorgeous soundtrack. It's pure Wuxia, through and through, and could easily be a Wuxia movie soundtrack. While I don't play Jade Dynasty anymore, I'll most happily load up their sound track and go, 'OOOOOMMMMyaaaaa....' 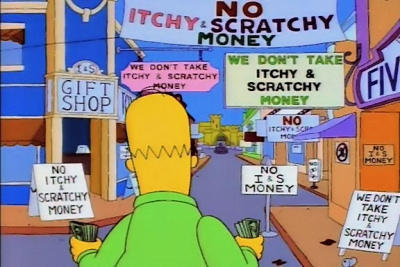 You can take those credits to FarmVille and spend 50 of them on 25 units of Farm Cash or 7,500 Farm Coins.

Or, to put it another way, you can take approximately $9.00 worth of Facebook credits and buy $5.00 worth of FarmVille currency."

It's been so long since I took one of these that I don't even remember what I was anymore...

Kudos to Ysharro's neat blog, Stylish Corpse for showing me this! Also, it's probably skewed by the fact that the lion's share of what I play these days for multiplayer games is Guild Wars. 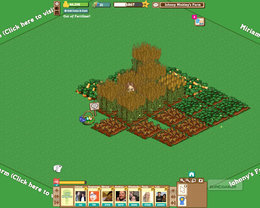 Brilliant article on Farmville, and the insidious (and interesting!) mechanics of social games. Chronicles the spiral into madness of a poor woman who originally had no idea what the big deal about Farmville was. O.o 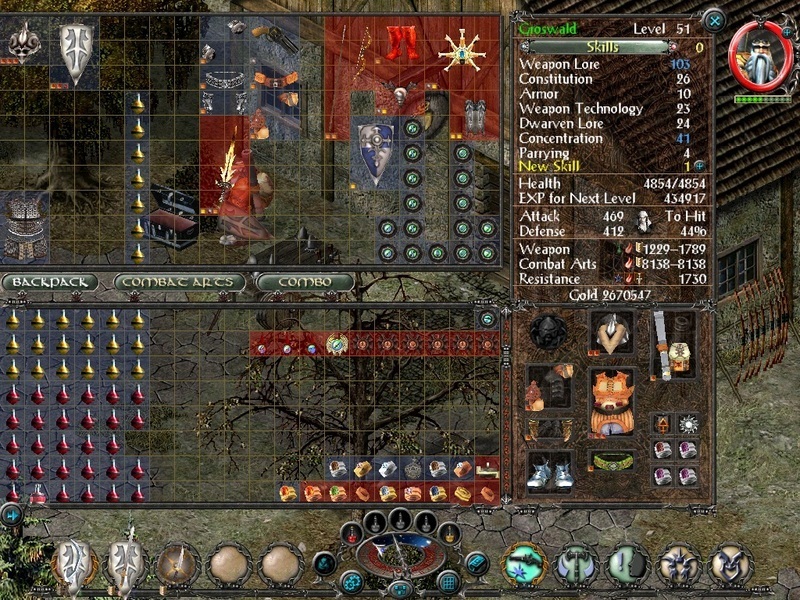 Yes, down to the fact that each potion takes its own discrete tile. In Sacred 2, they made potions stackable, but somehow that wasn't as awesome.

Sacred Gold's system gives me the feeling that I'm actually packing stuff into my character's bags. ~_o God knows why, but that makes me a happy, tickled nugget.

I think it's a throwback from my days of playing tons of Tetris. Tetris + loot = win!