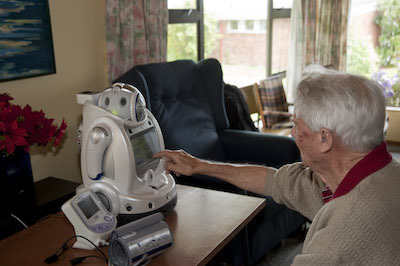 University of Auckland researchers are set to publish new results from a study of the use of healthcare robots in the homes of elderly people living in rural areas, showing that robots may lessen social isolation but also help with the provision of medical care.


The project involves small robots that can provide medication reminders, alarms in the case of falls and video conferencing through Skype, as well as a larger robot that can monitor health measurements such blood pressure readings and heart rate and transmit readings to the patient's GP.


According to the university, the robots functioned as good companions, with some participants saying they enjoyed hearing the robot talk and others saying they liked its ability to remind them to take their medicine on time.

Dr Broadbent said the participants said they found comfort in seeing the robot light up, as they felt it was the robot’s way of interacting with them.

“They all reported that they would miss the robot when it went with one patient describing the robot as being part of the family,” Dr Broadbent said in a statement.