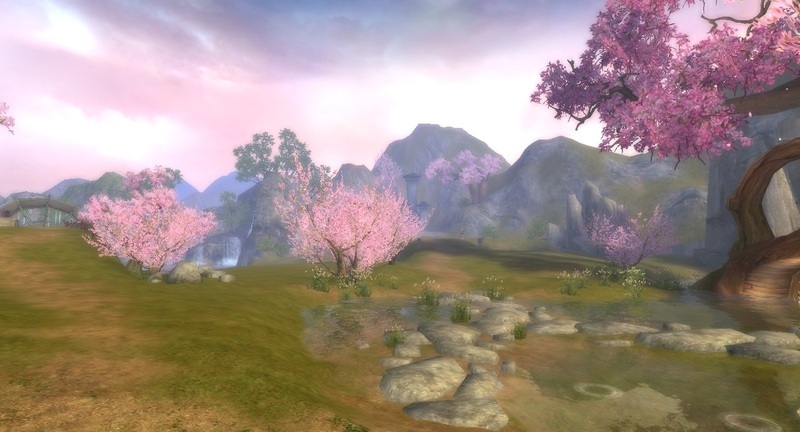 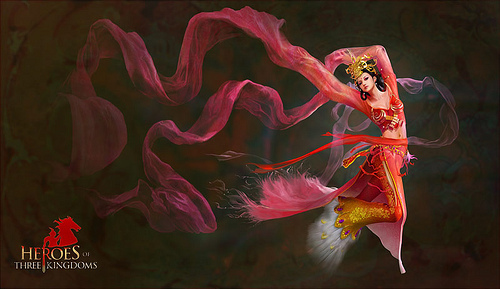 Perfect World Entertainment sure does know how to create beautiful things. If Perfect World and Jade Dynasty are anything to go by, this new title: Heroes of Three Kingdoms, promises just as much visual (and audial!) splendour.

...and probably crap for gameplay! XD But PWE is so good at the first two that I will, at the very least, check this one out. =)

If this gets you interested too, just bear in mind that PWE is utterly, evilly, rapaciously brilliant at milking their F2P model games. Almost immorally so. 'Jade Casino' is one of the nicknames for Jade Dynasty, and the original Mandarin version, Zhu Xian has a similar nickname - only playing on the word 'Zhu' as a pun for 'Pig'. Greedygreedy money nomnoms!

But oh... what a beautiful piggy.

As Psychochild says, somewhere in that stream of comments to this post by Larisa from Pink Pigtail Inn, someone coming from a text (MUD/MOO/MUSH what have you) background comes with a different perspective from someone whose first experience with a virtual world (however deep, or shallow) was an MMO.As someone who came from MU*s, I think one of the things that is often overlooked when the cry for harsher death penalties goes up, is that MU*s, even the largest ones, are much smaller than MMOs.In MU*s, if I stayed long enough, I cared not just about the inhabitants, I cared about the *world*.The fact that these worlds were free - really, truly free, rather than being tied to some payment model, mattered a whole lot. I'm leaving out Iron Realms because I think, though I may be wrong, that even today, most MU*s are free. That these worlds were labours of love mattered to me. And that aspect was, and is, intrinsically bound up with their being free. Art for art's sake, if you like.As a result, it's like the difference between going to a local restaurant, owned by a husband and wife, who greet each of their patrons by name... and going to a McDonalds, or any other franchised food establishment.The death penalties that many MUDs had, which seem horribly harsh by comparison to our themepark MMOs now, were appropriate to those MUDs, precisely because of all those things I mentioned above.In LegendMUD, my longest played (8 years) MUD, and what was, I think the *only* virtual world I ever lived in, there were Deathtraps.

To those unfamiliar with the term, Deathtraps are 'rooms' that, when you enter them, eat all your gear. It's gone. Just like that. POOF!

If an MMO had deathtraps (hacking doesn't count, and EVE is an anomaly) players would be screaming bloody murder.

And they'd be absolutely right to.

Deathtraps served a few purposes on MUDs - the purposes varied depending on the architecture and design of the MUD, but broadly speaking, Deathtraps were there to:

In an MMO, I don't see Deathtraps fulfilling any of those functions. Because MMOs aren't free. Especially not the F2P ones.

Once money enters the equation, it brings with it a sense of entitlement. Throw a 'massive' franchised feel into it, and there goes the sense of community. Help the other guy? Why should I! I'm not paying <Subscription amount of your choice> here a month, or I didn't spend <amount of your choice> in the cash shop to be at someone else's service, Nosirree! Yes, I'm generalising, how else are nuggets supposed to frolic on their soapboxes?

In LegendMUD (and others), I'd risk my hard-won, oftentimes customised gear, to help a friend with corpse retrievals. Because in the smaller communities that MU*s encourage, the human connection is worth more than gear or stats. You *know* those people. And even if it's just a newbie that happens to have their tragic death announced on a MU*wide channel, if they ask for help, if people are around, they tend to help gladly. Sometimes, the newbie doesn't even have to ask. There isn't a culture of 'L2PN00b!'. I believe it's because in MU*s, the communities are small enough that there's always the thought that this newbie could become a friend. That you're proud of your world, and you want them to love it too. Because the world itself is a labour of love.

In a context like that... Deathtraps and harsh death penalties make absolute sense. MMOs are not the same beasts. Just something for those who consider harsher death penalties the Holy Grail of MMO excitement to ponder.

This makes me wish the LotRO installer worked on Windows7 without a whole lot of bother that I can't be bothered to do...