...drive-bys where someone with a semiautomatic fires all-out at a kindergarten kid.

I really like AoW, I think the justice system is one of the nicest I've ever seen (including MUDs), and they've done many, many things right. The above still holds true though. ;)

Not quite the screenshots I intended to post, but this was so silly that I had to share it. ;) 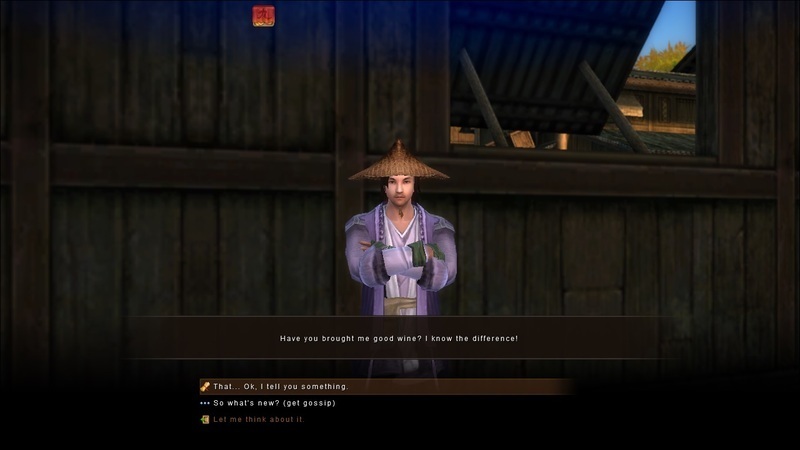 Yes, AoW is full, open-world PvP. Yes, carebear nugget likes it. It feels more like a PK MUD + sandbox than any other MMO I've played, and the world feels like a ... world!

I think one of the reasons the silliness of this dialogue works so well is that (pesky players aside), in other places almost all of AoW is totally IC (in character), and even this one is subtly done.

Tera Online
Combat is as good as outfits are silly - feels like the gorgeous lovechild of Guild Wars and Torchlight. On level of combat 'funness', this is up there with Street Fighter and Infinity Blade I & II.

As I ran around (badly) whapping things, it struck me with a pang that *THIS* is what I expected GW2 combat to be. Especially since Tera has collision detection. Collision detection is one of those things that you don't realise how much you love until it's taken away.

Tera is also the only reticule-based game I've played that doesn't give me motion sickness.

Age of Wushu (Pure open-world PvP, no PvE servers)
Waddling around Age of Wushu is like being in a wuxia epic - other than the fact that the entire area chat is filled with goldbot spam.

Combat feels like virtua fighter, the combat animations are all based on motion capture from real martial artists, making it look incredibly realistic and beautiful.

Oh yes, and they're both beautiful games. Screenies to follow.